Collette was born into the Circus & entertainment world. She has performed around the world as a Trapeze Artist. Collette met her husband Sean on a local circus in 1992. Sean is a talented flying trapeze artiste as well as an entertaining and amusing Clown. He specializes in children entertainment and dare devil acts. Sean & Collette created & performed various trapeze acts including The Death Defying Motorbike on high wire & Flying Trapeze.

Collette was one of the first woman in the world to catch a male flyer (Sean) on the flying trapeze. 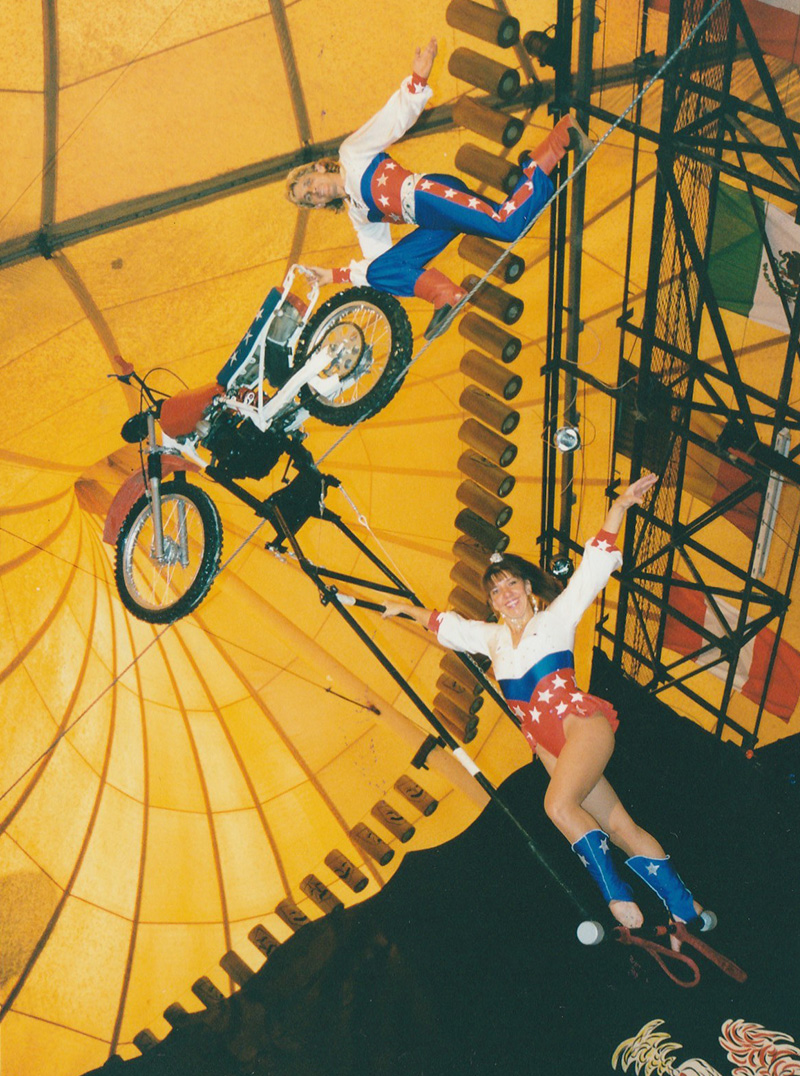 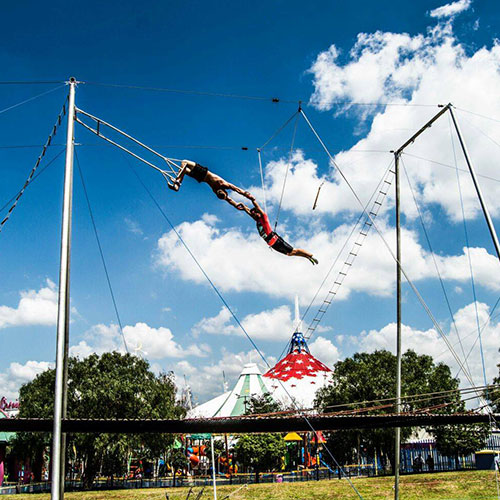 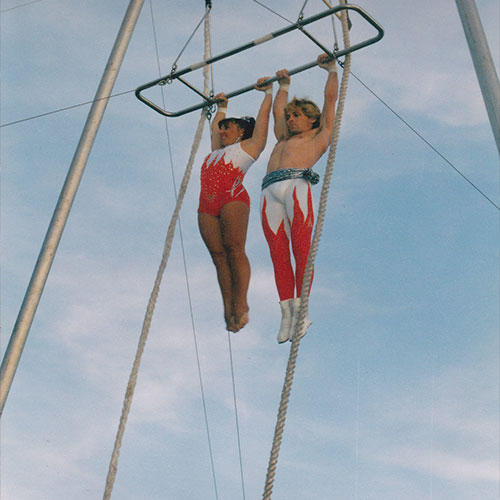 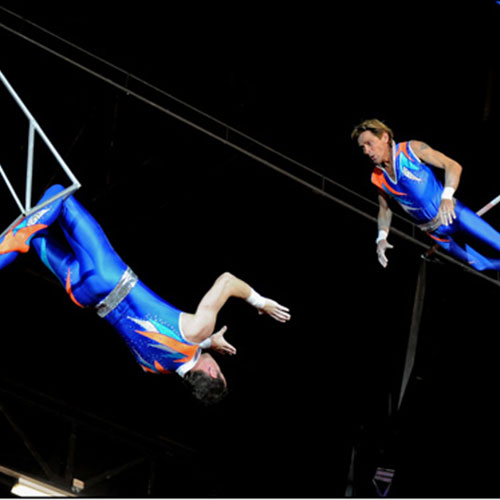 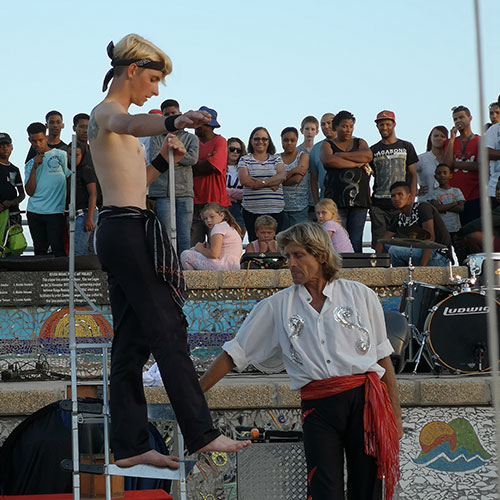 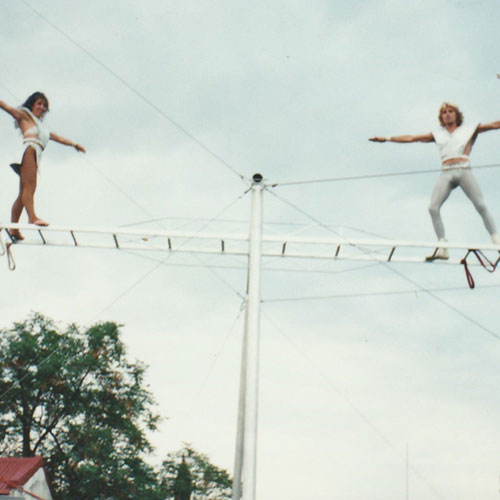 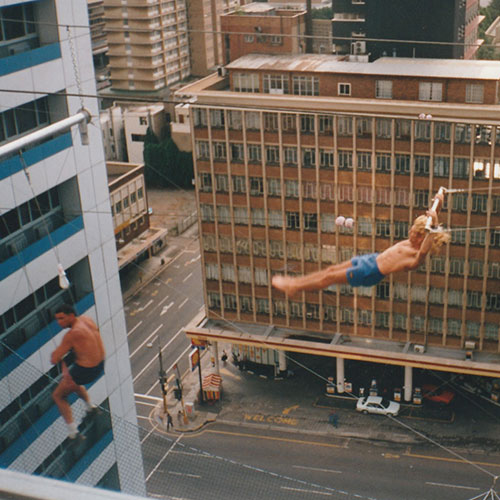 In 1993 the couple left the circus and opened their own successful entertainment and events company in Johannesburg. They worked at many prestigious events including performing their trapeze act for ex-president Nelson Mandela. Their events company supplied entertainment to all the top companies in South Africa including Sun International, Tsogo Sun, Neotel, Vodacom, MTN & Rand Show. They imported artists and performers from around the world to work in some of the events they produced. They expanded their businesses into the movie industry and worked in the international and local TV & Film industry working alongside famous film & sports stars. In 2002 they bought a small holding in the South of Johannesburg and built up their stunning party venues that included Macs Party Farmyard, Teenage Party Bash, Unique Fountain Venue, Circus Party & Adventure zone.

After moving to Jeffreys Bay in 2017 Collette & Sean renovated their new home. They changed the downstairs area to a private self-catering apartment with stunning wooden deck & views. The Deck opened in December 2017 to rave reviews. Guests love this delightul apartment with stunning sea views. Guests can watch Dophins & Whales in season from their private deck. Surfers love the view of Super Tubes - world famous surf spot. Collette & Sean are busy adding a splash swimming pool, sauna and boma for guests to enjoy. They hope to have new additions open by July 2019 in time for the WSL Championships in Jeffreys Bay. 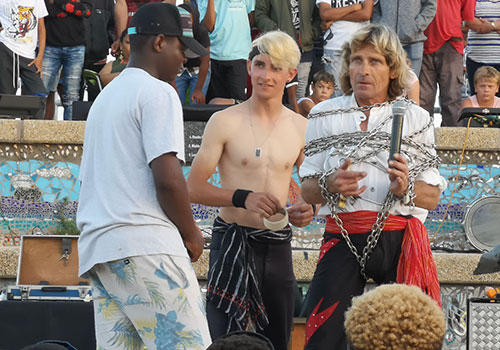